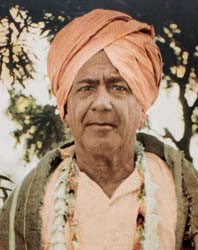 BHAGWĀN SRĪ DĪP NĀRĀYAN MAHĀPRABHUJĪ was a pure, Divine incarnation of love and truth who lived from 1828 to 1963 in Rajasthan in north western India. There are many people still living who knew him and were the recipients of his miracles; and those for whom it was destined experienced realisation and enlightenment. Through his spirit and his teachings we can begin to understand what is truly important – self-control and self-knowledge.

Mahāprabhujī’s arrival on earth was accompanied by wondrous events. His parents were profoundly religious and prayed constantly that a Divine Incarnation would be born on earth to help humans counter the deplorable conditions of the time and give spiritual guidance.

One night Chandandevījī, Mahāprabhujī’s holy mother, had a Divine vision in which it was announced that a Divine soul would be borne into their home as their son. Soon after this a radiantly shining light came at night in a dream, and nine months later she gave life to a son whose birth was accompanied by numerous miracles.

According to tradition the parents consulted an Astrologer who confirmed that a soul full of Divine power had returned to the earth in this child. Through his grace humans would be granted Divine blessings and liberation from Karmas. And he gave the child the name DĪP (Light).

The boy spent the first years of life with his parents. Even then he had a remarkable radiance that was noticed by everyone he met.

At the age of five his parents took him to a Sanskrit teacher for instruction, but soon Mahāprabhujī was teaching his teacher. Based on the Sanskrit vowel “A” he expounded the qualities of God and the beginning and end of all things.

In his youth Mahāprabhujī had already performed many miracles. When drought endangered the crops he brought rain; when a plague of locusts threatened he averted disaster; he brought several people back to life. His grace and mercy were unlimited.

At fourteen years of age, and in line with tradition, Mahāprabhujī found his Master, Srī Devpurījī, who instructed him to build an ashram in the vicinity of Bari Khatu. Full of Divine Light and spreading his immense love to all living beings, Mahāprabhujī lived and taught there. The ashram soon became a place of pilgrimage where people came to experience the spiritual power and blessings of Mahāprabhujī. Even today many people still come to feel the Divine radiance that pervades this place.

Mahāprabhujī’s wisdom and grace-filled everyone who came to him. He blessed all equally. Before him all were equal, whether of high or low class; their souls were the soil in which he sowed the seeds of truth.

Mahāprabhujī set his teachings and Divine message down in a number of wonderful songs (Bhajans), which are a perfect expression of his Divine love and wisdom. He taught SATYA SANĀTANA DHARMA – our true relationship with God. This is understood as follows: The eternal truth has validity for the whole of creation. The entire Universe is steered by unchanging laws and there is only one absolute foundation for the whole Universe that is eternal – namely God. The religions of the world merely represent the different paths that lead to the same goal. Therefore every faith should be respected equally. Only a right understanding of this unity in diversity leads to a universal spirit and peace in the world.

At the beginning of 1963, Mahāprabhujī told his disciples that he would leave the earth on the 5th December that year. On this day he said goodbye to all friends and followers. Then his soul left the body.

Mahāprabhujī’s soul no longer has an earthly form, but he did not leave his devotees. His spirit is omnipresent and the light he lit in the heart of his disciples can never be extinguished; just like the eternal Divine flame of which it is a part. Before Bhagwān Srī Dīp Nārāyan Mahāprabhujī left the earth he handed over his work to his closest disciple. 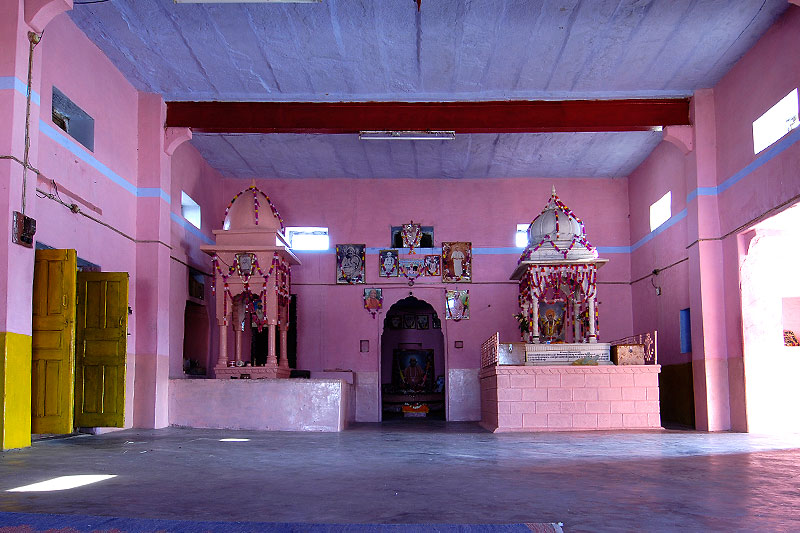 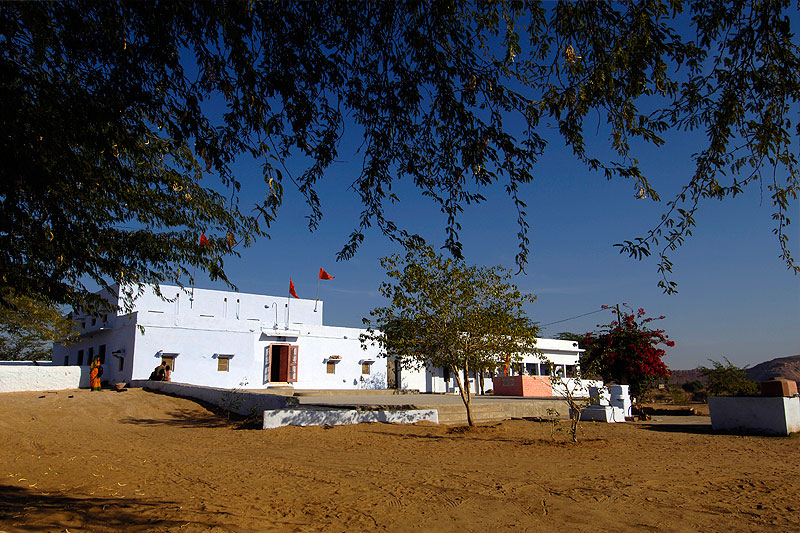